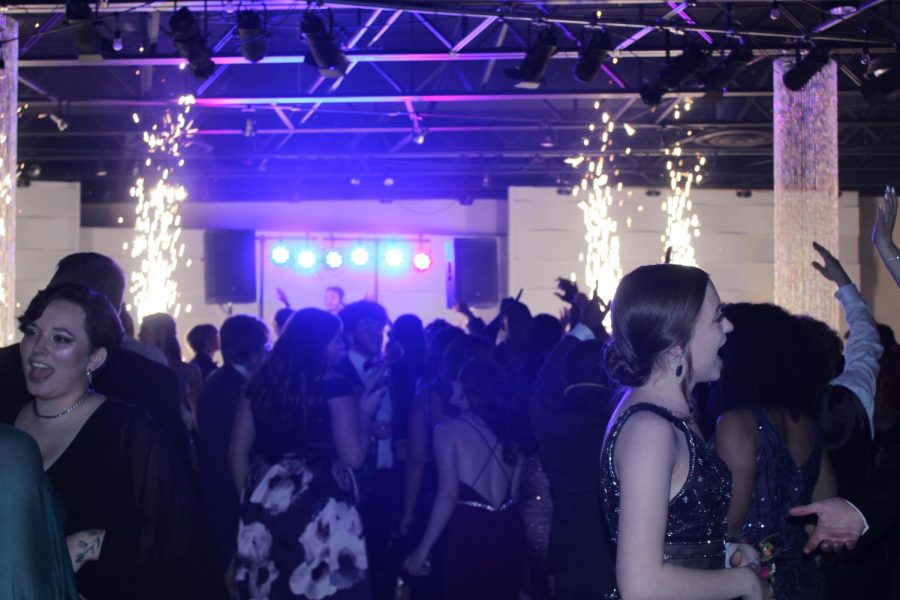 Seniors and their dates dance to the beat at prom on Saturday March 19.

Prom occurred on Saturday March 19 at Campus 805 in Huntsville. The dance began at 7:30 p.m. and ended at midnight. The theme was “A Gatsby Gala” and included Roaring 20s decorations with much black and gold.

There was a photobooth, a DJ, refreshments, various seating, a balloon arch, glow sticks, and sparklers. This was all made possible by the fundraising of the Senior Class. The night was captured by Publications editor photographer Lilli Hall.